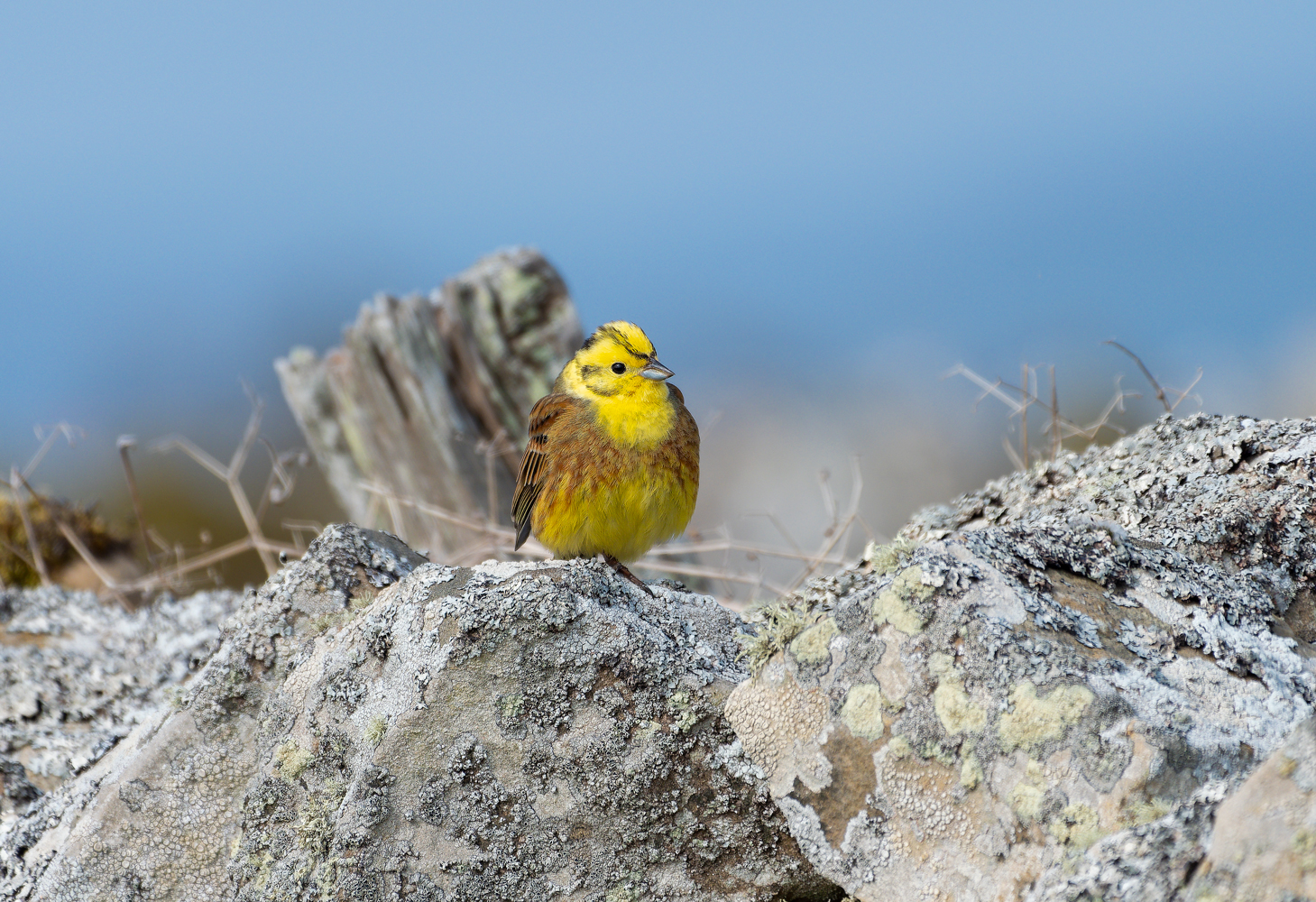 The yellowhammer is a sparrow-sized, bright yellow bird found on the edges of woodland, hedgerows, heath and farmland that feeds on seeds and invertebrates. In the winter, it will join mixed flocks of buntings, finches and sparrows to feed on seeds on farmland. Yellowhammers are often seen perched on top of bushes singing their ‘a little bit of bread and no cheese’ song. The female builds a cup-shaped nest from grass and moss, laying between two and six eggs.

The male yellowhammer is a striking bird: he has a bright yellow head and belly, with an orangey chest and streaky brown back.  The female is very similar and can be quite difficult to tell apart.

It was early in the morning and I came across this beautiful little yellowhammer perched on the wall, singing it’s little heart out.  There were linnets, skylarks, meadowpipits, wrens and song thrush all competing for the loudest song.  I took sound recordings and will produce a video incorporating the dawn chorus.