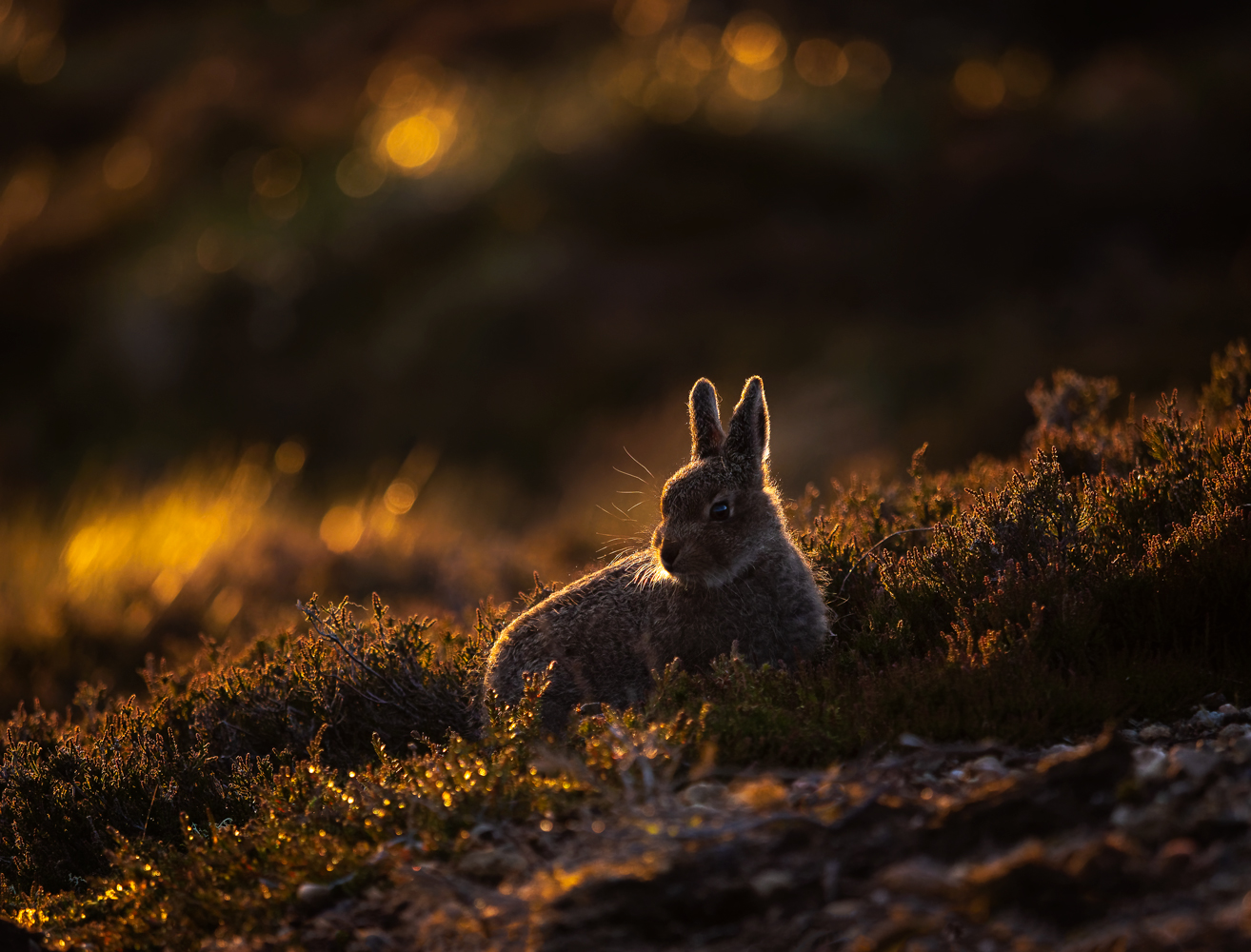 It was a hot summers evening and the leveret will have spent most of the day in it’s little burrow, keeping cool.  It made an appearance as the sun was going down along with the temperatures.  There was no wind and no midges about (thankfully) so I was able to relax and enjoy photographing this very chilled leveret.  The sun was setting directly behind creating lovely rim lighting.

The mountain hare lives in Scotland and the north of England. It lives in upland areas and is most common on heathland, where it grazes on vegetation and the bark of young trees and bushes.  Mountain hares are at their most visible in spring, when the snow has melted, but they still have their white, winter coat. Females produce one to four litters of one to three young (known as leverets) a year.

The mountain hare has a grey-brown coat in summer, with a bluish tinge, and turns white in winter – only its ear tips stay black. The Irish hare may remain brown even in winter and its coat has a reddish tinge. Mountain hares are larger than rabbits, but smaller than brown hares and have shorter ears.