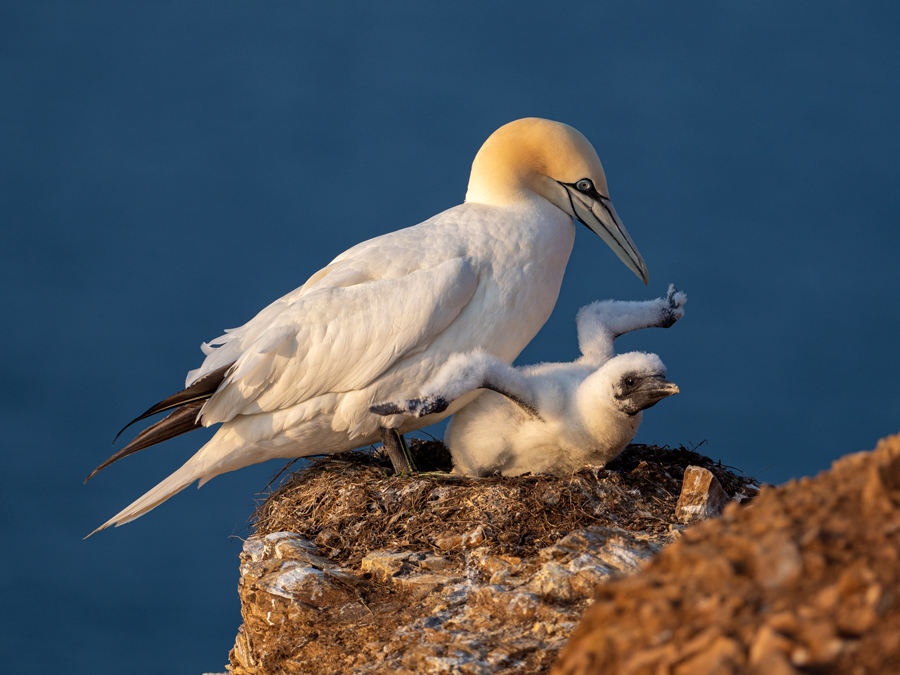 I had seen this adult sitting on an egg a couple of weeks previously and returned in the hope that a chick would have hatched.  I recognised that this spot was special as it afforded an eye level view of the adult and chick.  It was a waiting game for other adults occupying the area to take flight and give uncluttered views of the adult and chick.