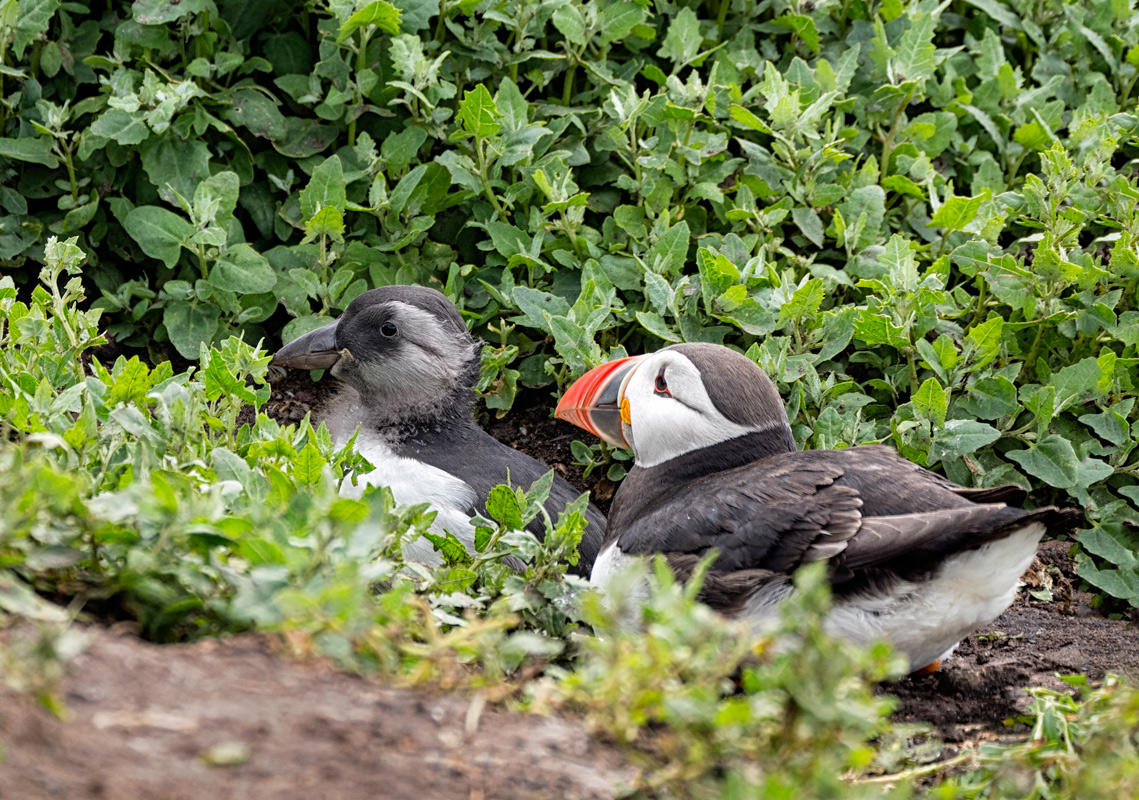 I have visited the the Farne Islands for many years now, and I always look forward to seeing my favourite little seabird, the puffin. They put a smile on my face as soon as I see them.  The fact they can live up to 20 years means I could be seeing the same wee puffins year after year.  Weather had not been particularly kind to them this season but the week I was there provided plenty sun and warm temperatures.

This is the second year I have gone the first week in July, which is the very latest time I would go as by the end of the week most of the guillemots had left with their chicks and headed out to sea.

Walking around inner farne, I noticed for the first time a wee puffling popping it’s head out of it’s burrow for a quick peek, before safely retreating back into it’s burrow.  I was so excited, for after all these years I had never seen a puffling before, as I did not expect to as they normally only make an appearance when they are ready to leave their burrows and head out to sea later in July.

So I stopped and waited to see if it would make an appearance again or if that would be it.  It’s parent was sitting right next to the burrow’s entrance protecting the chick from any unwanted intruders.  Sure enough after about a minute it popped it’s head back up again, I could clearly see it was a very mature puffling with just the slightest amount of downy feathers.  I thought puffins were cute but their pufflings are even more adorable, even although they don’t have the characteristic bright colourful beaks like the adults in summer.

I managed to get out in the boat everyday apart from the one day and I managed to see so many different pufflings.  The highlight was when I was observing one wee puffling sheltering in the vegetation very close to the board walk, when a heavy rain shower came, instead of it retreating back into it’s burrow, it came towards me and stood right next to me.  It shook the rain from it’s feathers and then it took a run and jump into the air and that was it off out to sea, I was so chuffed that I had seen this little puffling fledge and take it’s first big step out into the open sea.  Where hopefully once it reached breeding age after 5-6 years it may come back here to breed.