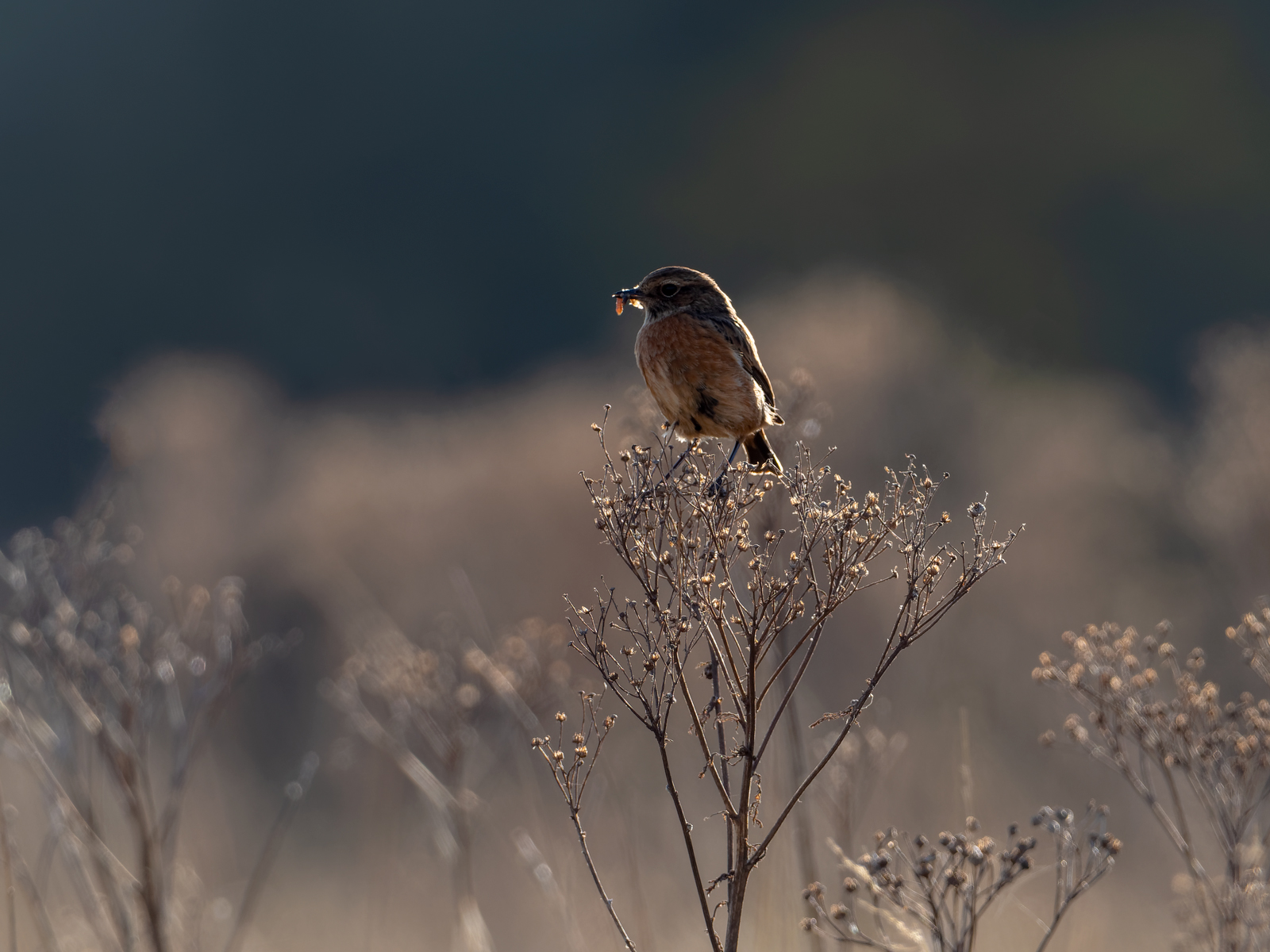 Mouthful of food for hungry chicks

The stonechat is named for its call, which sounds just like two small stones being hit together!  They favour rough open ground with gorse or other bushes, or stony heath and moorland.  The female stonechats head (pictured here) is browner than the males.  They feed mainly on the ground, on insects.   They perch fairly upright and frequently flick their tails.

We came across this pair of stonechats on our walk along the coastline.  Their behaviour changed over the course of a week and noticed by the end of the week the female perched on the dried grasses with a mouthful of food, disappearing onto the ground and coming up with empty mouth, so that was enough to know where the nest site was.  I had never photographed these beautiful little birds before.  The pair had nested not far from a public path with dogwalkers and cyclists but was protected in a fenced in field but not from the foxes lurking in the gorse bushes.  So we took the opportunity to capture some images and the light was good in the morning and evenings to photograph them.  I was in total admiration of this pair, they worked tirelessly to raise their chicks and they went onto have a second brood too.  They were very addictive to photograph and very tolerant as they bobbed from grasses, to fences, walls and gorses whatever it took to find their food.