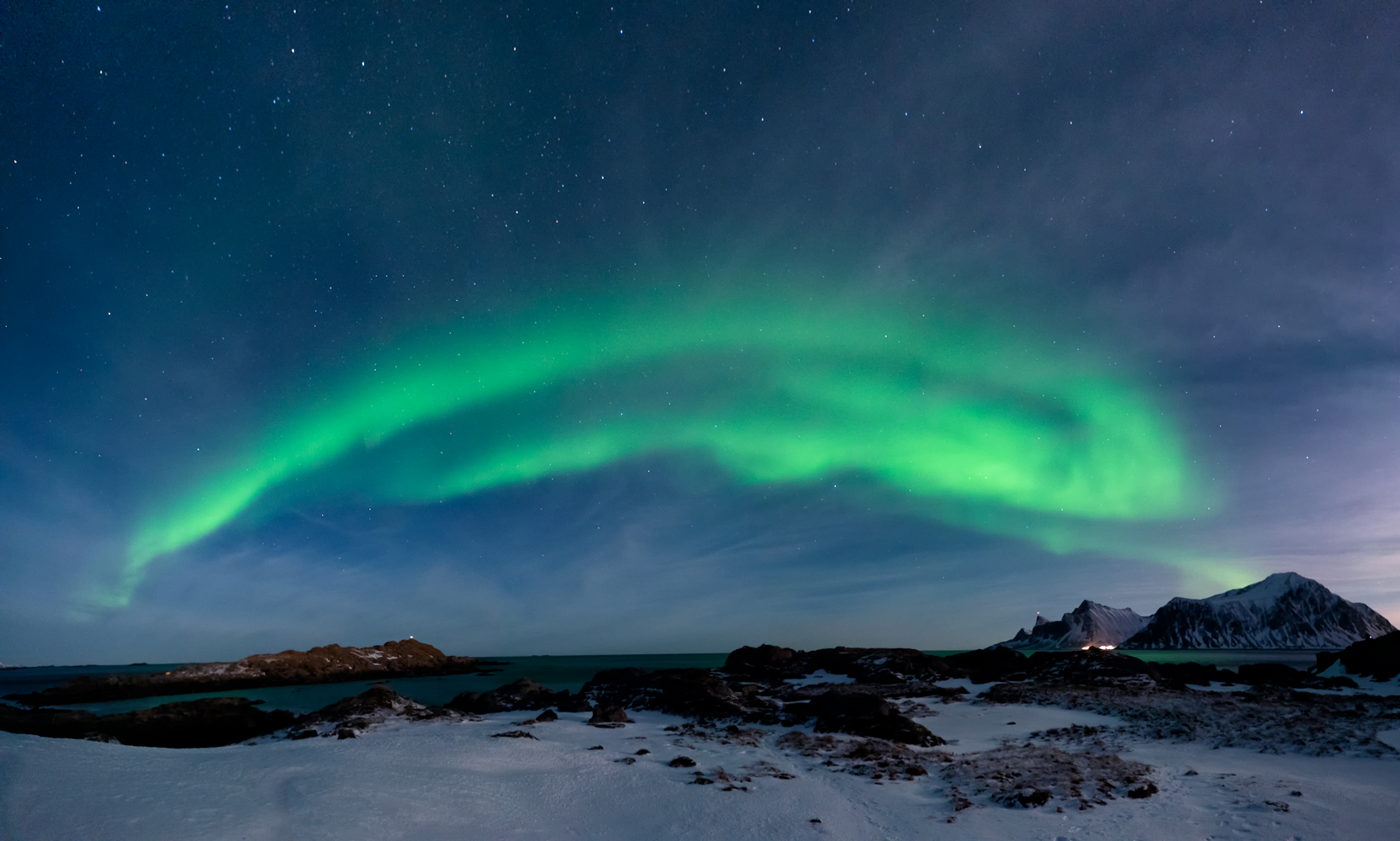 I have wanted to see the Aurora Borealis also known as the Northern Lights for many years.  I only had a brief glimpse of a display locally a few years ago but was enough for me to wait patiently for the right weather conditions and suitable activity to be able to see it again from Scotland.  I was lucky enough to have an amazing display when I was in Harris in January.  All the right conditions came together of activity and a cold, clear night.

I was given a golden opportunity to go to the Lofoten Islands in Norway.  This was the perfect chance I needed to see the aurora further north where the displays are breathtaking.  The trip came two weeks after Harris, so thankfully I had a chance to get some practice in first before Norway.

I have an Aurora app on my phone which predicts the chances of seeing aurora activity and how strong the display is likely to be.   The weather forecasts in Norway are as changeable and unpredictable as in Scotland. There was a small window of opportunity we just had to take.  Was in position by 7pm and was windy but had to shelter the camera as best I could.  We were also expecting a full moon to rise which would illuminate the foreground, surrounding hills and sky. There was a thin veil of cloud so your eye does struggle to differentiate between the cloud and aurora activity if it is not moving fast.  Only by taking a photo can you be sure.

Activity was regular and at a steady speed.  We had been standing out in the cold and wind for 3 hours now and I was having a seat to rest the legs as activity had waned.  It then started up again with a bit more intensity this time, so rushed to my feet, it then just exploded above our heads and was dancing in the sky.  I knew then it was going to be something special and exactly what I had been waiting for.  It was moving so fast I only needed a second for the shutter to be able to capture the ribbons of movement.  I was able to take it all in aswell as remembering to hit the shutter button, but was so hard to contain my excitement, I was so elated!  I could not believe what I had just witnessed, it was everything I had hoped for and more.  I shall forever treasure the memory.  But I want to see it again…..