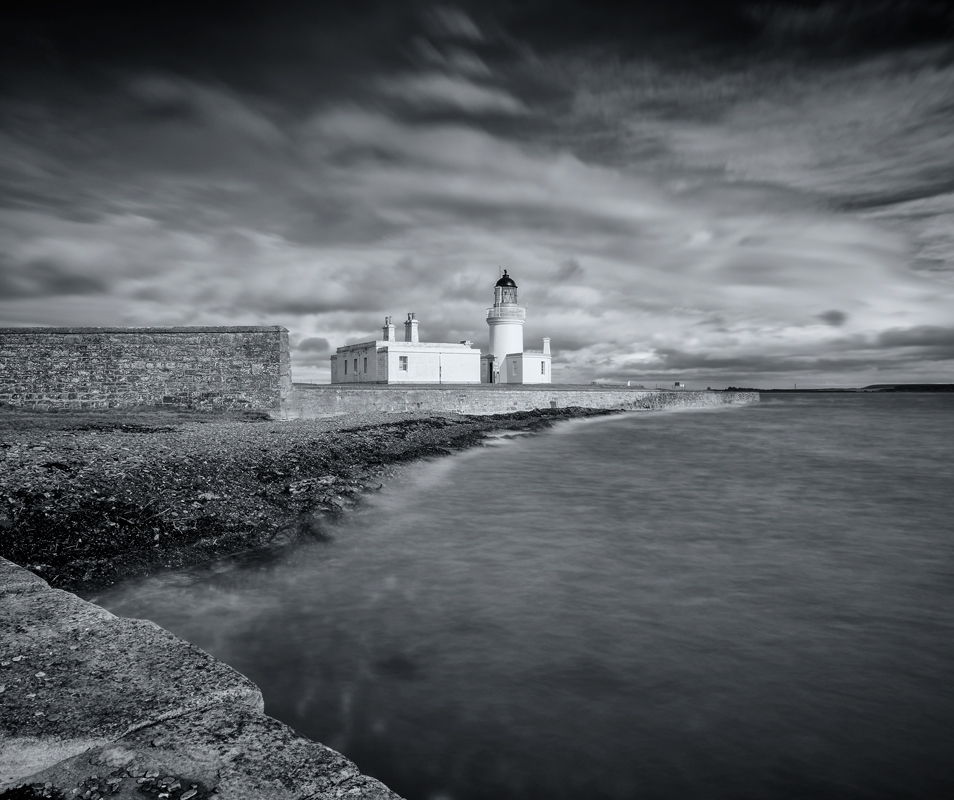 Chanonry Point is one of the best spots in the UK to view Bottlenose dolphin Tursiops truncatus from the land. The dolphins are often visible off Chanonry point, particularly on an incoming tide when they play and fish in the strong currents.

The lighthouse situated at the tip of the point was designed by Alan Stevenson and was first lit in 1846. The lighthouse has been fully automated since 1984 and is now privately owned.

Due to the popularity of the dolphins at Chanonry point, visitor numbers have greatly increased, as this image was taken at high tide, I had the rare luxury of the beach to myself.