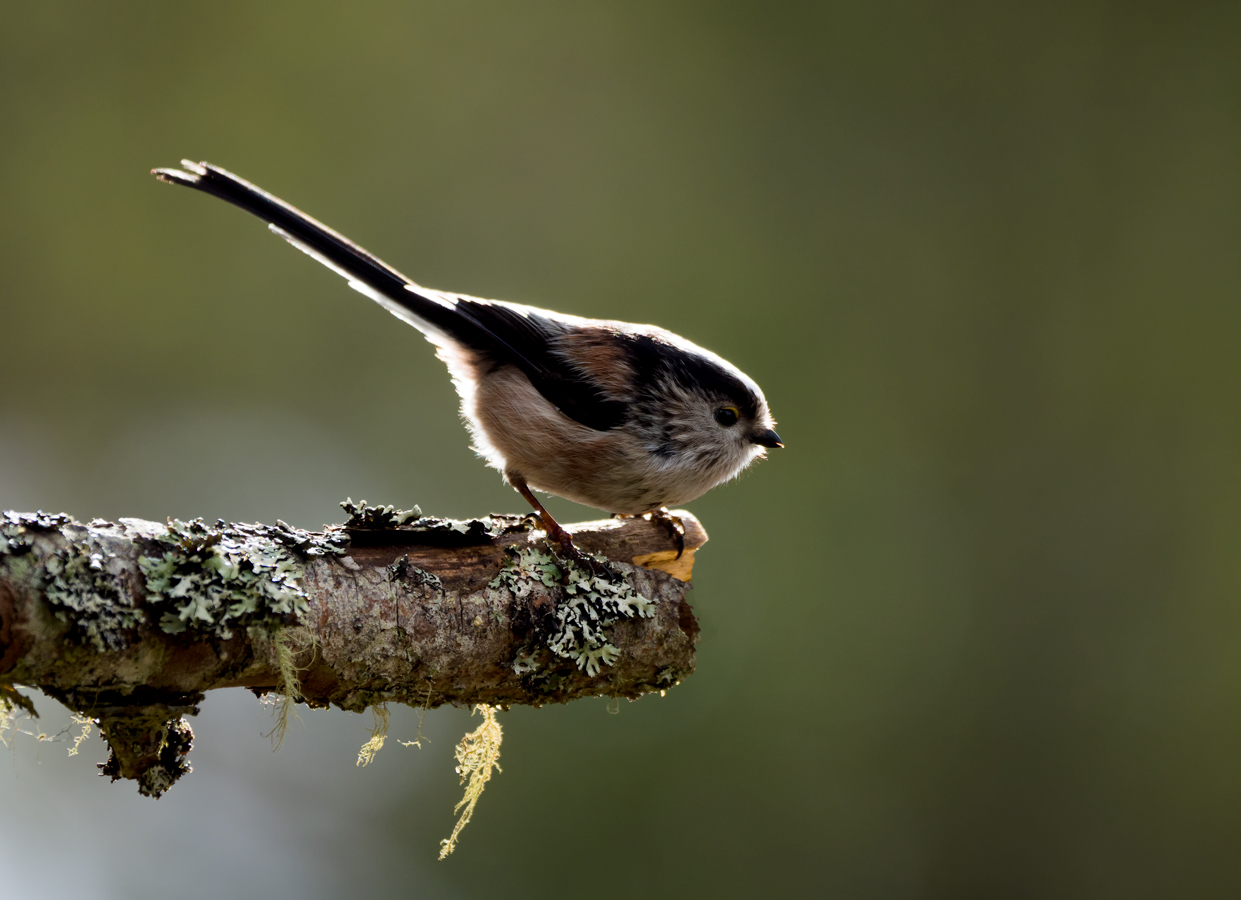 This image was taken from my new bird site.  The primary species I wanted to attract was my favourite member of the tit family the crested tit.  The crestie’s came straight away aswell as the great, coal and blue tit.

At the end of February I heard the distinct call of the long tailed tit.  This was a bird I wanted to photograph for a long time and the other sites I have had over the years failed to attract them.  I hear that they are frequent visitors to bird tables further south but could not understand why they were not visiting my sites.  So I expected the birds to just fly past and ignore my feeding station but a pair stopped to feed.  I was so excited, they are such beautiful little birds and held their own while trying to find space on the feeders.  So after 5mins off they went and I thought that would be it but was lovely to see them.  But they came back again 20mins later and carried on with this routine for the rest of the day.  They are incredibly hard to photograph and it was only a few weeks later when two pairs came that I got a chance to photograph them.  One bird would wait on the perch while waiting to get onto the feeder but would hide mainly in the undergrowth so quick reactions were required when they made their move.  With the nesting season now well on the way they have not come back but I keep my feeding stations going over the summer months so I hope to see the birds and their fledglings again.   Now three pairs of siskins have moved in so always new visitors arriving.