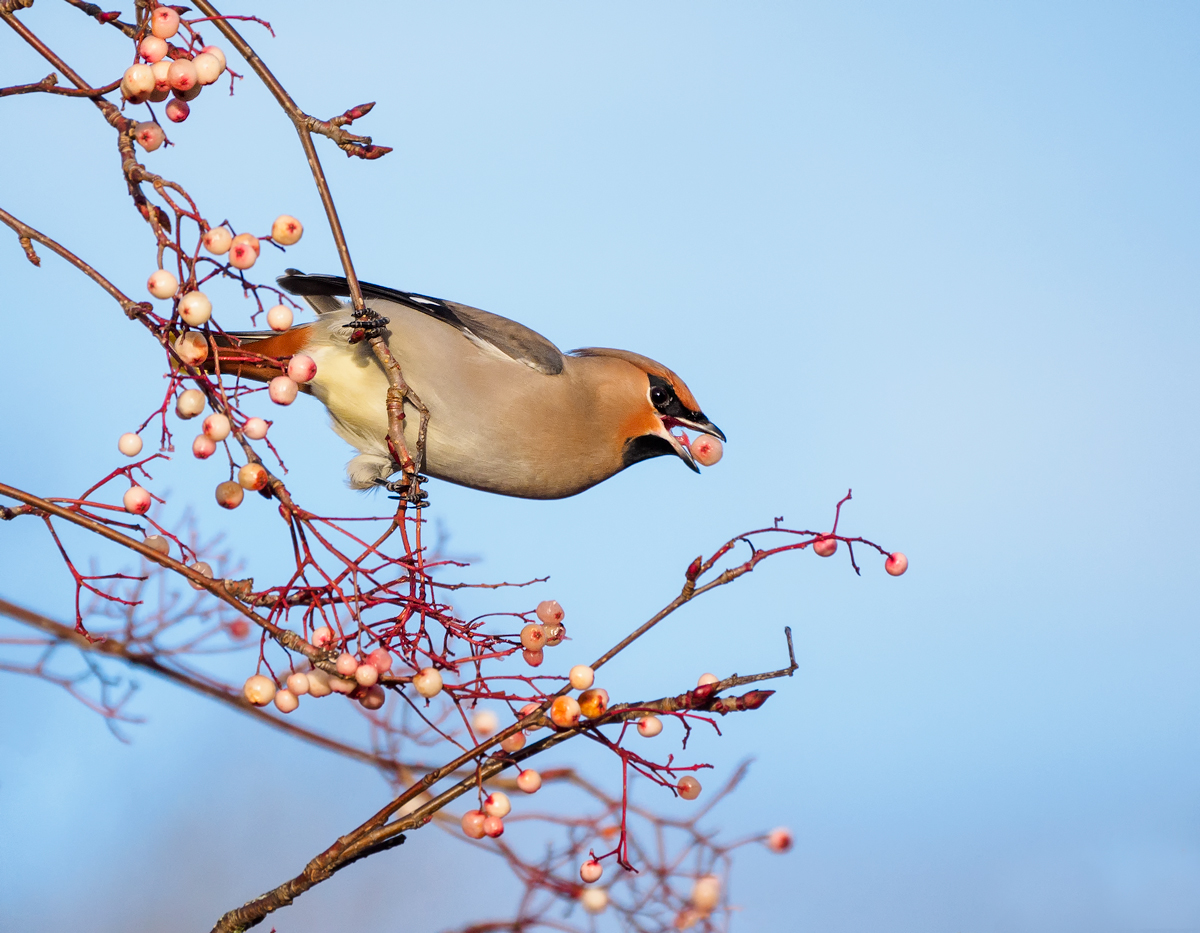 This was the first time I had seen waxwings, they are a very beautiful exotic looking bird.  They would form large numbers in the treetops and break into smaller groups of about 20-30 when approaching a berry tree to eat.   They are surprisingly acrobatic while feeding, behaving more like a Tit or Warbler.  They will eat rowan and hawthorn berries in gardens. You may also be able to entice Waxwings into your garden by hanging apples from branches.

Waxwings are natives of northern Europe where they breed in the summer.  Only migrating to Britain in winter when rowan berry crops have failed in the north European forests with birds arriving October–March and often staying until April or May.

They are noisy birds and are in constant communication with each other. There was an abundance of berries for the waxwings to eat so they remained in the area for quite some time, they typically eat 800-1000 berries a day, roughly twice their body weight!

Back to Collection
← Leaping