Crested tits, the punk rockers of the Highlands, are one of the iconic birds of the Caledonian Forest 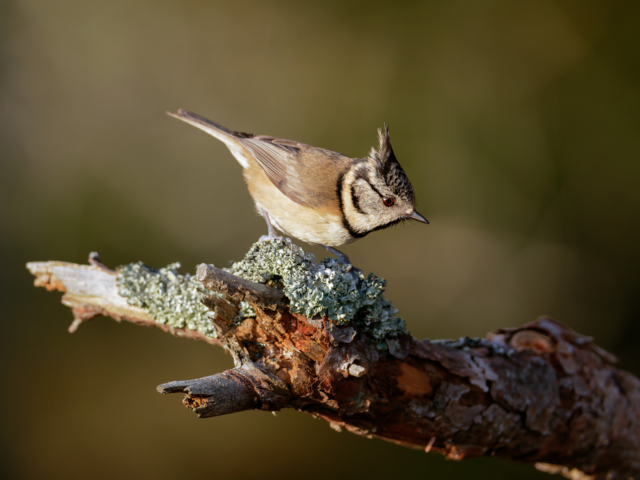 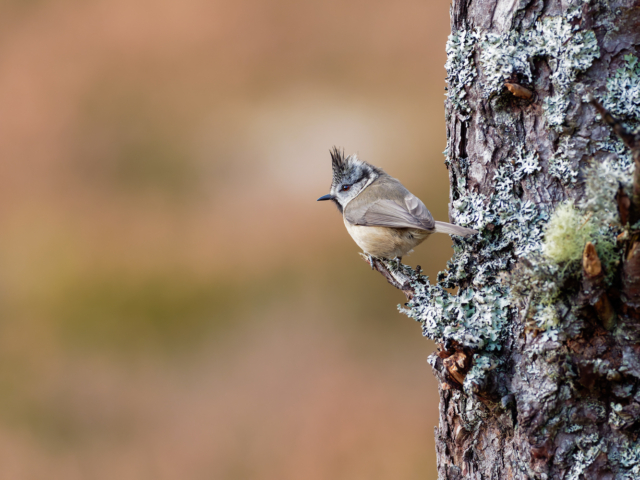 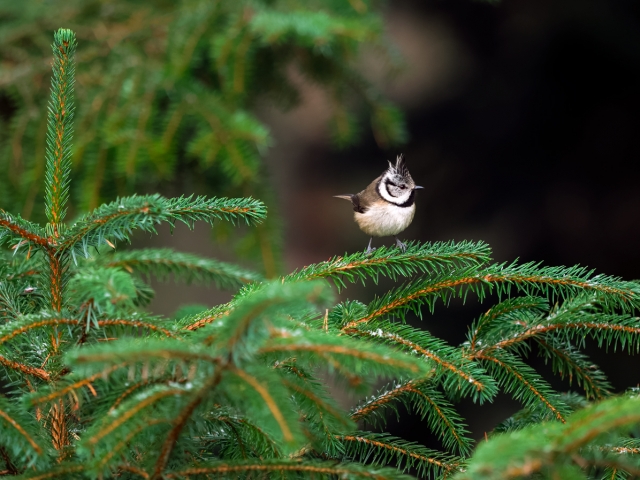 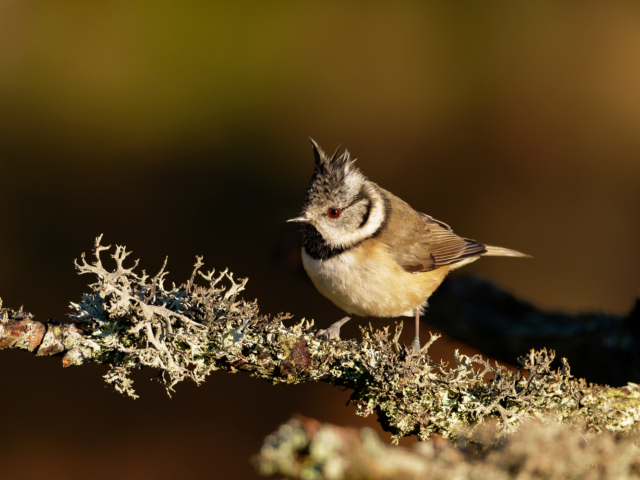 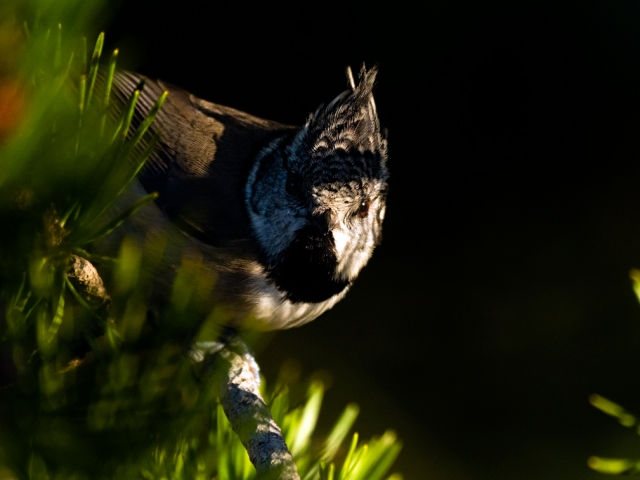 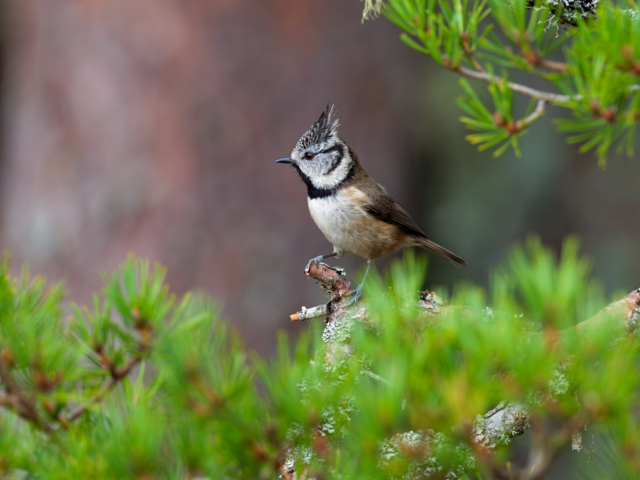 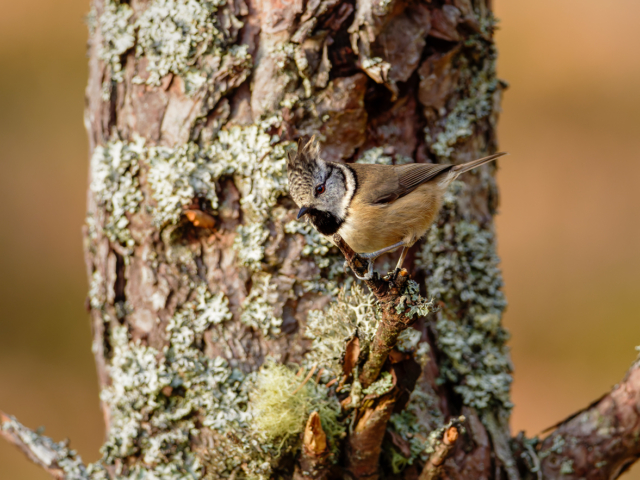 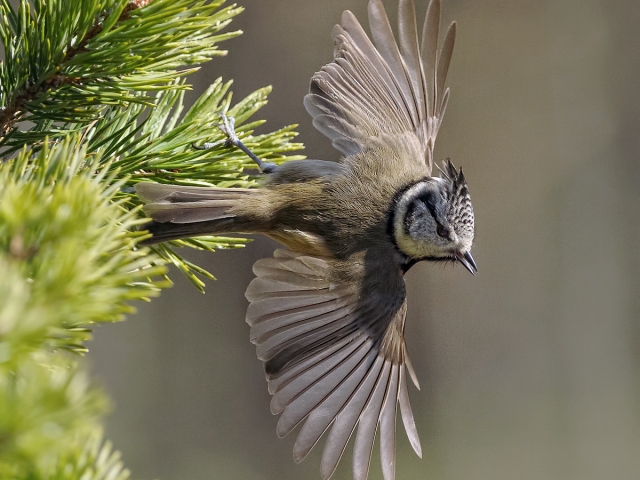 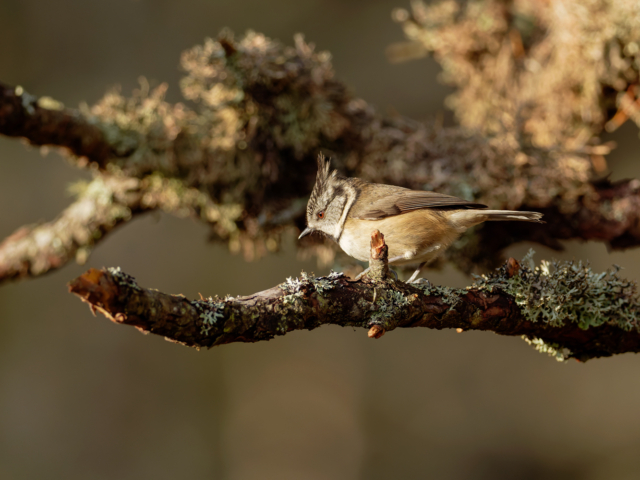 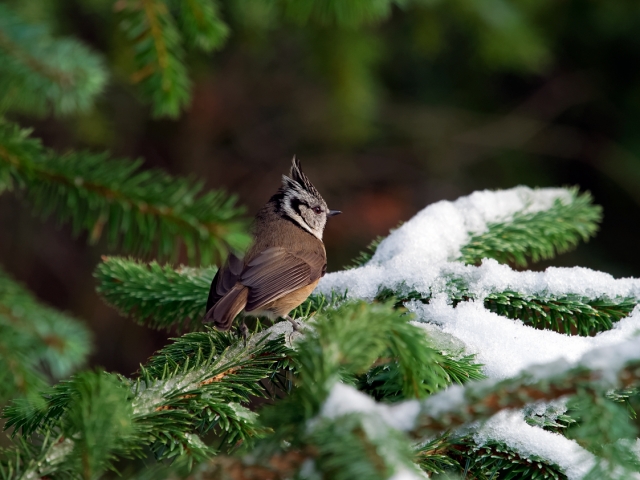 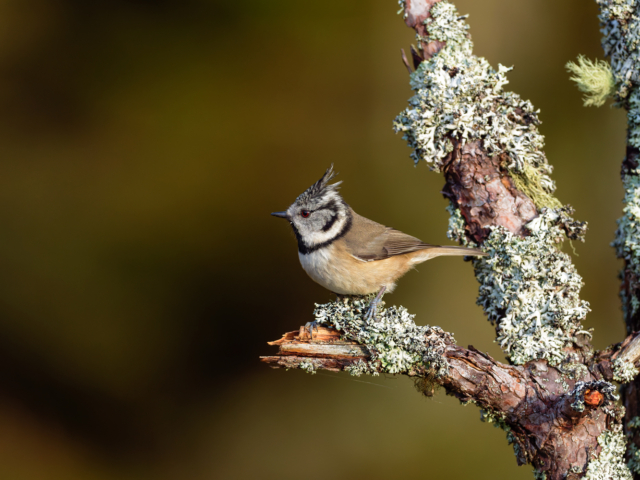 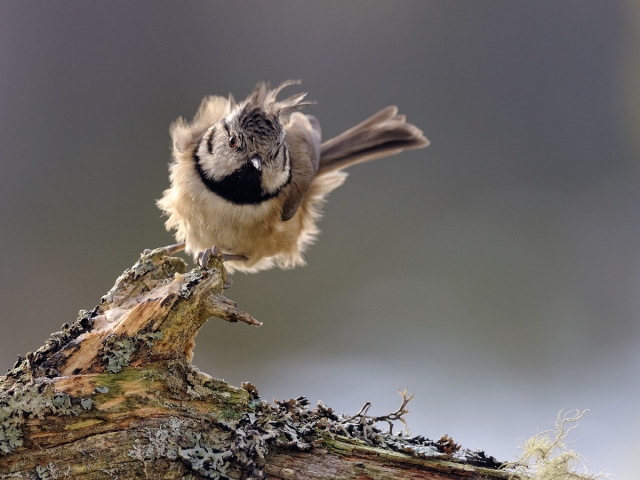 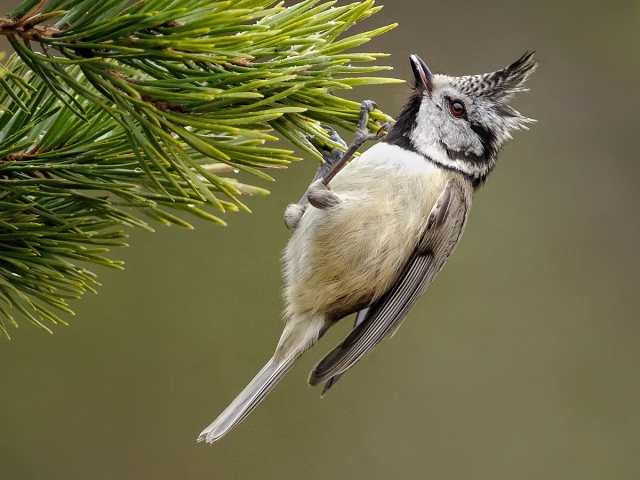 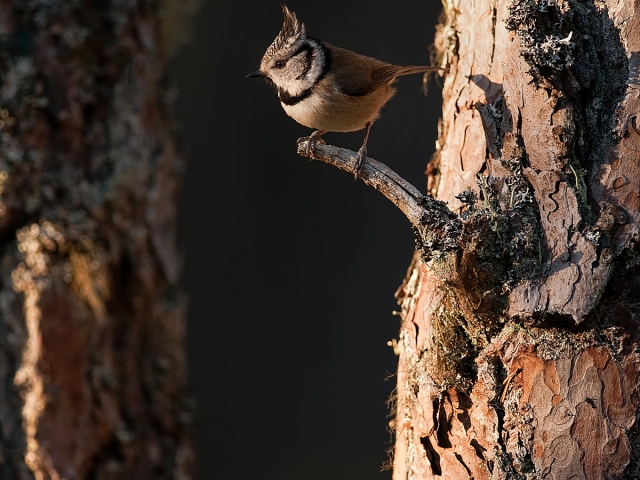 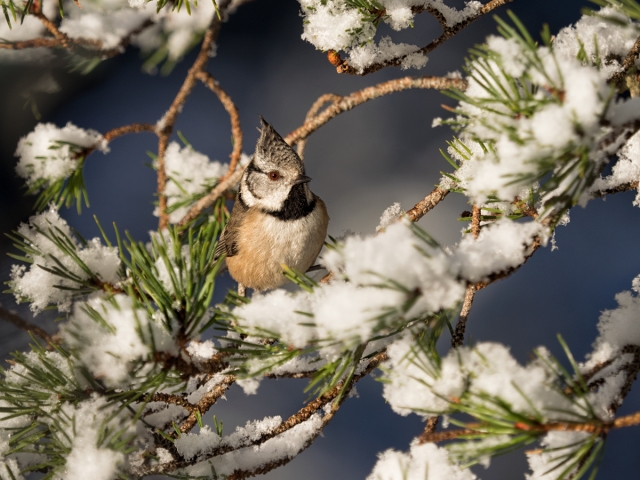 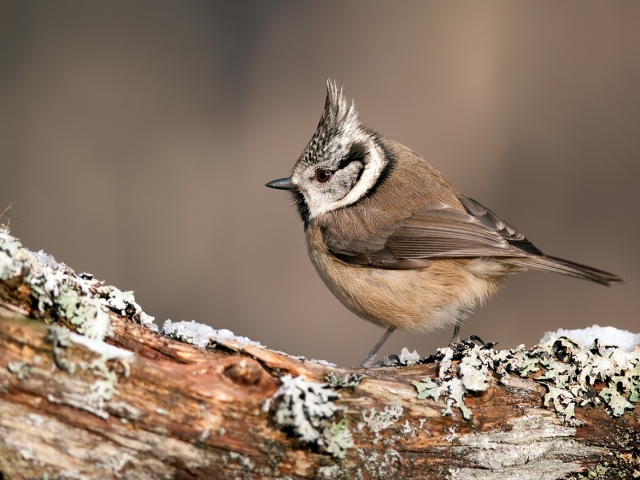 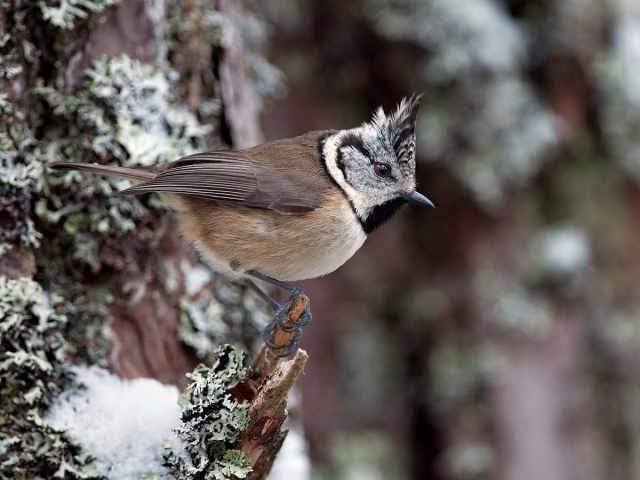 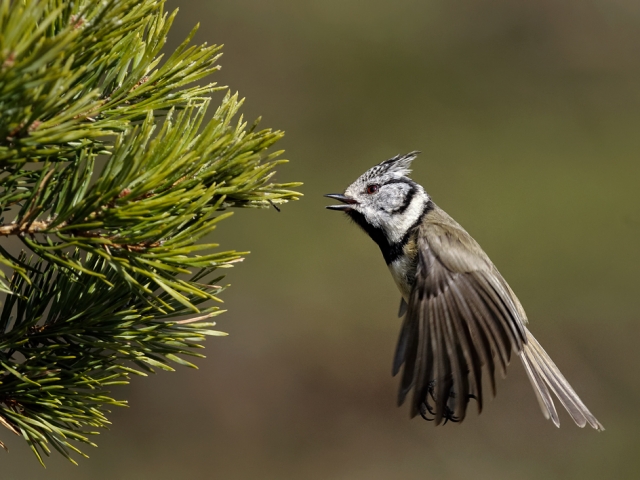 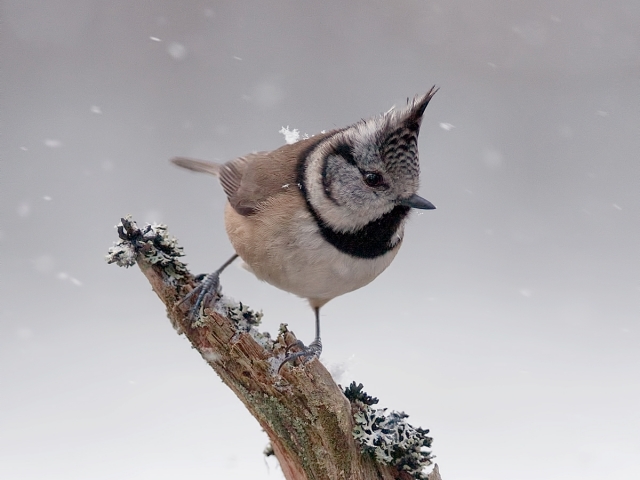 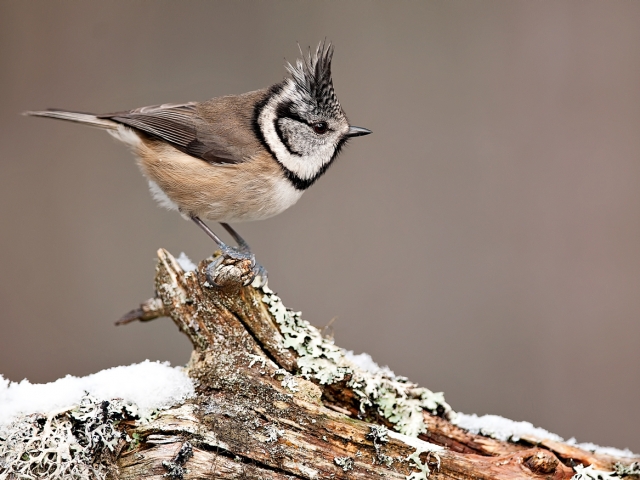 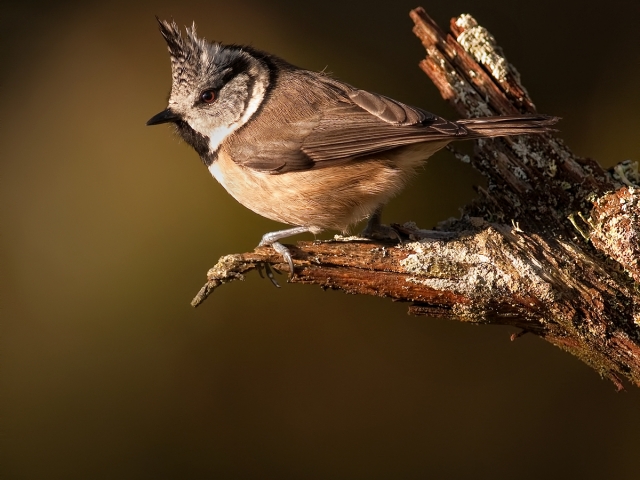 Watch – This is a short video clip of the crested tit in it’s natural habitat, the Scottish pinewoods.  I hope you enjoy it.

A Look Inside the world Of the crested tit

From a distance, this is quite a dull coloured tit with predominantly grey-green upper parts, buff flanks and a white breast. The white cheeks and lack of wing barring identify it at this range. More closely it has a very distinctive black and white crest, which it can fan and raise upwards.

When to see – Resident throughout the year in the north of Scotland, it is more visible during the summer period when accompanied by feeding young.

Where to see – Its main habitat is the ancient pine forest and newer Scots pine forestry plantations of the Central and Eastern Highlands, from the River Spey catchment to the Dornoch Firth.

It is limited in its range as it only nests in old pine trees. May be seen foraging through conifers in the company of other tits such as coal, great and blue tits, where its crest easily distinguishes it.

Male crested tits have grey-brown upperparts and a pale buff breast. The tail is brownish-grey edged with brown. The chin and throat are black.

It has a black and white head with a distinctive, short, spiky crest. The side of the head is creamy white and it has a black eye stripe. Crested tits’ bills are black and they have pale brown eyes and blueish-grey legs and feet.

Female crested tits are similar to males except the crest is shorter and narrower stripes on the head.

Juveniles are browner and the crest is shorter still.

Crested tits are monogamous and the pair-bonds last for a number of seasons. They build their nests in holes in decaying or dead tree trunks or in holes excavated by woodpeckers. Female crested tits build the cup-shaped nest which is constructed from moss, lichen, hair, wool, feathers and spiders’ webs.

Crested tits lay 5-10 smooth, glossy eggs which are incubated for 13-18 days. Both parents feed the chicks which fledge at 16-22 days after hatching. They still depend on their parents for a further 25 days.

Listen – The crested tit has such a distinct call, that sounds like a trilling.  You can sample their call with two cresties communicating with each other.

Please browse further galleries that may interest you. 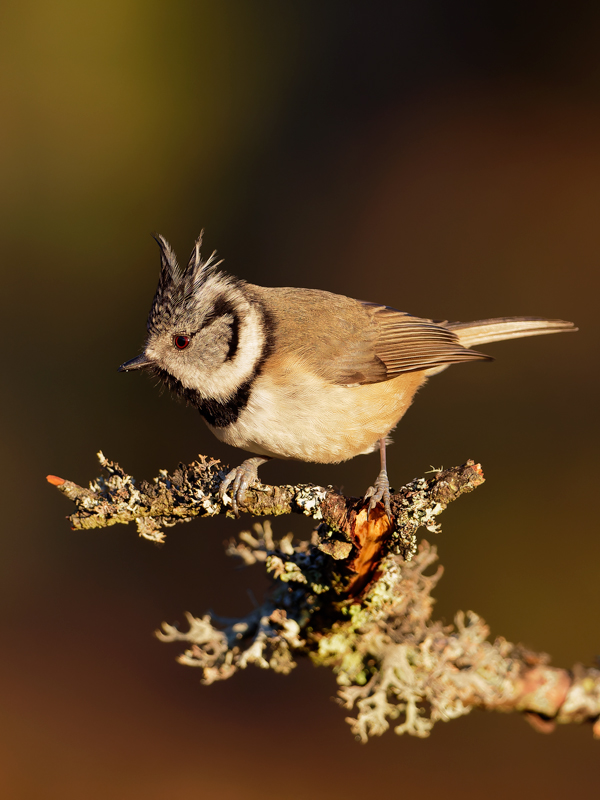 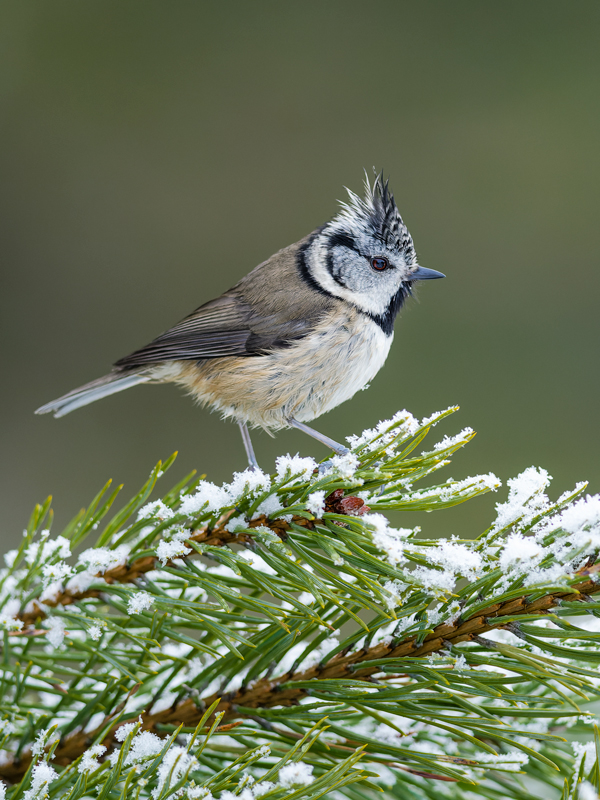 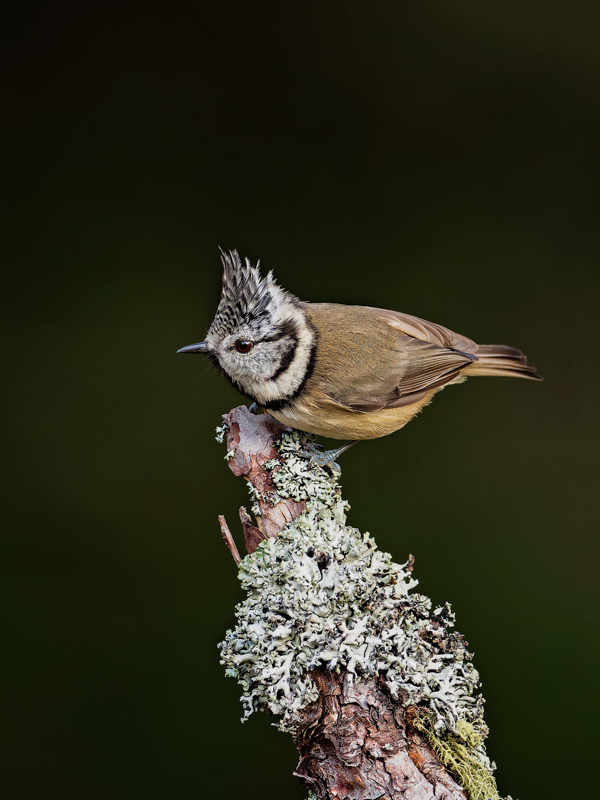